We Are Here To Serve You

MacRae Speakers & Entertainment is a full-service public speaking agency that represents some of the leading public voices from the worlds of Academia, Entertainment, Politics and Business. We are able to offer over 30 years of experience in booking, coordinating and promoting any event for our Academic, Philanthropic or Corporate clients. 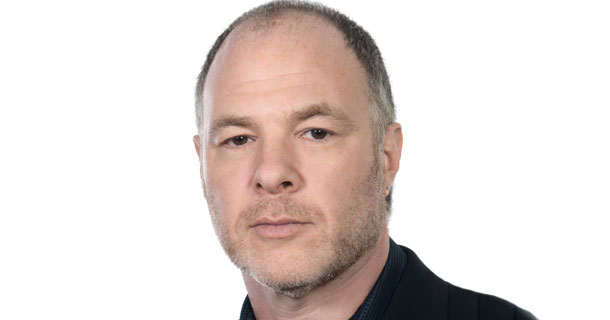 Dr. Jackson KatzAmerica's Leading Anti-Sexism Activist
Jackson Katz, Ph.D., is an educator, author, filmmaker and cultural theorist who is internationally renowned for his pioneering scholarship and activism on issues of gender, race and violence. He has long been a major figure and thought leader in the growing global movement of men working to promote gender equality and prevent gender violence.

He is co-founder of Mentors in Violence Prevention, one of the longest-running and most widely influential gender violence prevention programs in North America, and the first major program of its kind in the sports culture and the military. In the 1990s, MVP introduced the “bystander” approach to the sexual assault and relationship abuse fields; Katz is a key architect of this broadly popular strategy. He has presented at over 2700 colleges and
universities, prep schools, high schools, professional conferences and military installations in 49 states, eight Canadian provinces, and on six continents, including multiple countries in Europe and Asia. 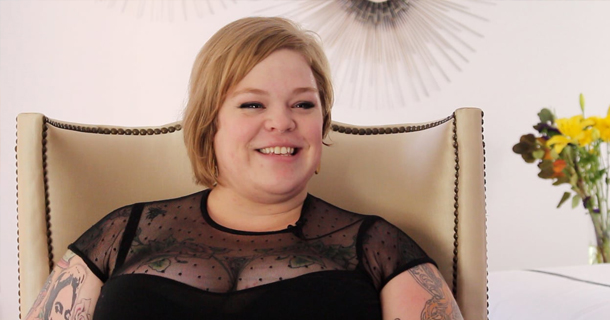 Jes BakerMeet The Militant Baker, Promoting Body Positivity and Self-Love
Jes Baker, the veteran blogger known as The Militant Baker, is a positive, progressive, and magnificently irreverent force to be reckoned within the realm of self-love advocacy and mental health. With nearly a quarter of a million social media followers, she has amassed a devout following because of her her dedication to shifting social paradigms into a place where all people are offered the opportunity to love
themselves just as they are.

Jes is best known for her visual campaigns, including: The “Attractive and Fat” Campaign to Mike Jeffries c/o Abercrombie & Fitch; The Smash the Scale Revolution; Body Love Spans Generations, #LoveTheMirror, and most recently her letter to Lane Bryant/#EmpowerALLBodies.

Jes is also the author of bestselling Things No One Will Tell Fat Girls, a manifesto and call to arms for people of all sizes and ages, published in October 2015. Her second book Landwhale, will be released in May 2018. The memoir will be chronicling her journey as a body positive activist. 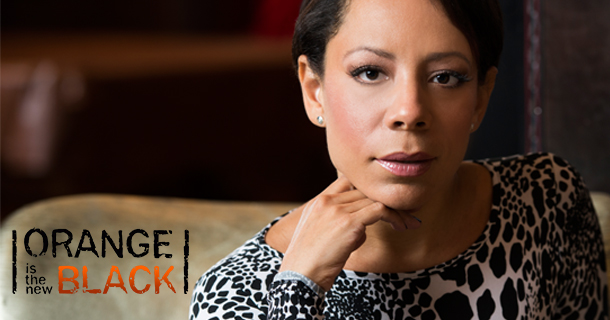 Born and raised in New York City, Leyva is a proud Latina of Cuban and Dominican descent. In addition to being the first Hispanic Ambassador for the Gabrielle’s Angel Foundation for Cancer Research (her brother is a 2x cancer survivor), Leyva is also the recipient of the 2015 HOLA “Jose Ferrer Tespis Award”, 2015 Cosmo For Latina’s Women of the Year Award”, and she was honored at the 2014 ALMA Awards with a “Special Achievement Award” for breaking barriers in the arts. She is also an advocate for LGBTQ rights and works closely with LGBTQ Human Rights Organizations and Anti-Bullying Campaigns. 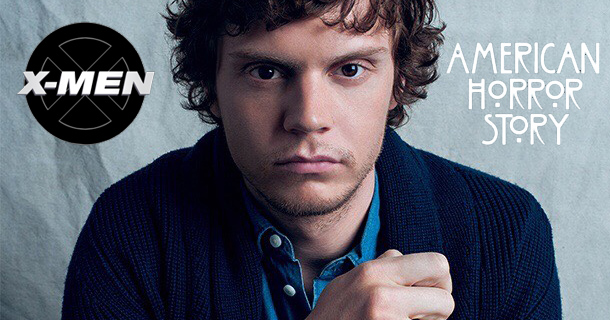 Evan PetersActor, Star of American Horror Story
Evan Peters is best known for his work in FX’s cult favorite American Horror Story. Serving as one of the few actors to be cast throughout the entire series. Peters has portrayed the characters of “Tate Langdon”, “Kit Walker”, “Kyle Spencer”, “Jimmy Darling”, “Mr. March”, and “Rory Monahan”.

Peters starred in FOX’s X-Men: Apocalypse, the latest film in the X-Men series. He reprised his role as “Quicksilver” alongside the cast of X-Men: Days of Future Past, Michael Fassbender, James McAvoy, and Jennifer Lawrence. He will be returning to star in X-Men: Dark Phoenix, slated for release in November 2018.

On the big screen, he has also starred in Kick Ass, directed by Matthew Vaughn and starring Nicolas Cage, Chloe Grace Moretz and Aaron Taylor-Johnson. The film follows teenagers and their amateur attempts of becoming superheros. 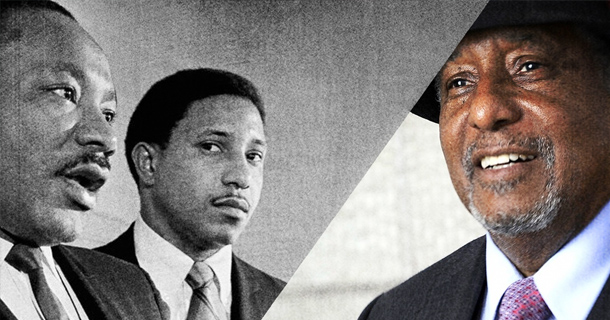 Dr. Bernard Lafayette Jr. An Original Freedom Rider
This is the powerful harrowing and ultimately inspirational story of six months in 1961 that changed America forever, seen through the eyes of a 20 year old college student, Bernard Lafayette. From May until November, more than 400 black and white Americans risked their lives and many endured savage beatings and imprisonment – for simply traveling together on buses and trains as they journeyed through the Deep South. Deliberately violating Jim Crow Laws, the Freedom Riders met bitter racism and mob violence along the way, sorely testing their belief in nonviolent activism.
Dr, Lafayette, Jr. co-founded the Student Nonviolent Coordinating Committee (SNCC) in 1960 with his college roommate, Rep. John Lewis, and was a core leader of the civil rights movement in Nashville, TN, and in Selma, AL, in 1965. As part of the May 17th Nashville Student Movement Ride, Lafayette endured riots and fire bombings in Montgomery, AL, and arrest in Jackson, MS, and jail time at Parchman State Prison Farm during June 1961. He directed the Alabama Voter Registration Project in 1962. He was appointed by Dr. Martin Luther King, Jr. to be National Program Administrator for the Southern Christian Leadership Conference and National Coordinator of the 1968 Poor People’s Campaign. 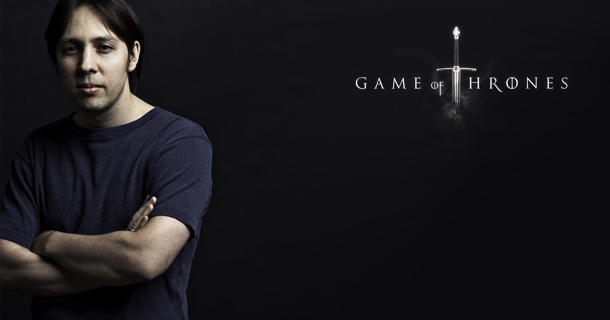 David J. PetersonLanguage Creator for HBO's Game of Thrones
Master language creator David J. Peterson offers a captivating overview of language creation, covering its history from Tolkien’s creations and Klingon to today’s thriving global community of conlangers. He presents the essential tools necessary for inventing and evolving new languages, using examples from a variety of languages including his creations, punctuated with references to everything from Star Wars to Michael Jackson.

Along the way, behind-the-scenes stories lift the curtain on how he built languages like Dothraki and Valyrian for HBO’s Game of Thrones and Shivaisith for Marvel’s Thor: The Dark World. His presentation is an inside look at a fascinating culture and an engaging entry into a flourishing art form-and it might be the most fun you’ll ever have with linguistics. 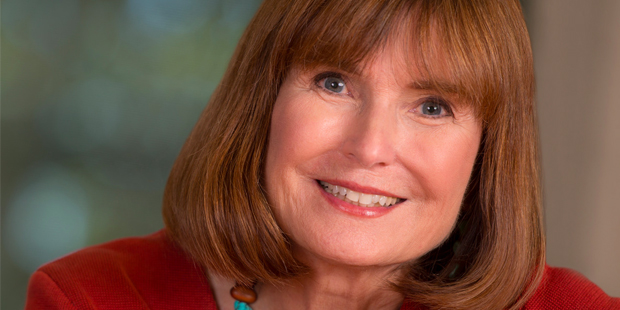 Jean KilbourneReworking The Image of Women in Advertising
Jean Kilbourne is internationally known for her pioneering work on alcohol and tobacco advertising and the image of women in advertising. Through her illustrated lectures & her award-winning films and publications, Kilbourne explores the serious cumulative impact of advertising on individual attitudes, values, & behavior and on the society as a whole. With expert knowledge, insight, humor and commitment, she brings her audiences to see that, although ads may seem harmless and silly, they add up to a powerful form of cultural conditioning. Kilbourne is known for her ability to present provocative topics in a way that unites rather than divides, that encourages dialogue, and that moves and empowers people to take action in their own and society’s interest. She is the creator of the award winning documentary film, “Killing us Softly: Advertising’s Image of Women.” 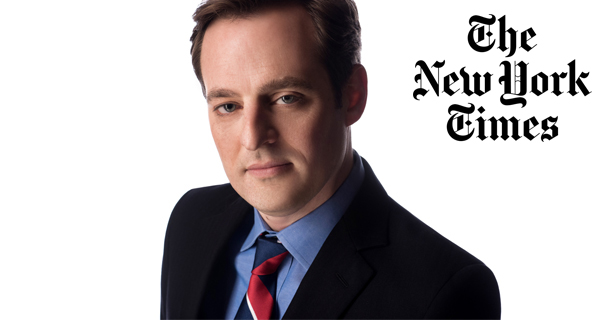 He has been covering post-9/11 issues-including national security, individual rights and the rule of law-since 2003, when he was a reporter for the Miami Herald. Later that year, he joined the Washington bureau of the Boston Globe; he then moved to the Washington bureau of the New York Times in 2008. He has also co-taught a seminar on national security and the Constitution at Georgetown University’s political science department. 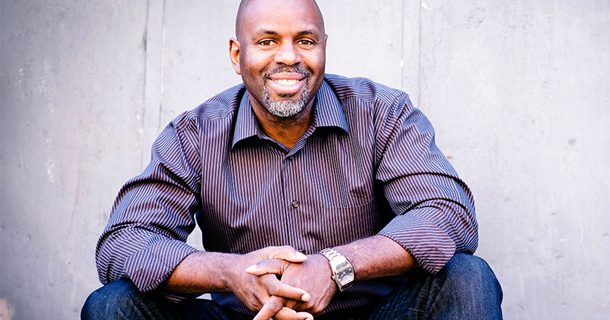 Byron HurtAward-winning Documentary Filmmaker, Published Writer, and Anti-Sexism Activist
Byron Hurt is an award-winning documentary filmmaker, published writer, anti-sexism activist, and lecturer. He is also the former host of the Emmy-nominated television show, “REEL WORKS with BYRON HURT.” Since 1993, he has been using his craft, his voice, and his writings to broaden and deepen how people think about gender, race, sex, violence, music, and visual media. As an activist, Byron has served as a gender violence prevention educator. The former Northeastern University football quarterback was also a founding member of the Mentors in Violence Prevention (MVP) program, the leading college-based rape and domestic violence prevention initiative for college and professional athletics. Hurt also served as an Associate Director of the first gender violence prevention program in the United States Marine Corps.

Hurt began his professional film career with I AM A MAN: Black Masculinity in America. His most popular documentary to date, however, is Hip-Hop: Beyond Beats and Rhymes (BBR). It premiered at the 2006 Sundance Film Festival and was later broadcast nationally on the Emmy award-winning PBS series “Independent Lens” (drawing more than 1.3 million viewers). Since then, it has screened at over 100 film festivals worldwide. The Chicago Tribune named it “one of the best documentary films in 2007.” In 2010, MSNBC’s TheGriot.com named Hip-Hop: Beyond Beats and Rhymes one of the Top 10 most important black films of the decade.

He has completed his newest documentary, Soul Food Junkies, a film about the history and legacy of soul food for PBS.